Adriene Im is an illustrator currently in Cerritos High School. She is currently broke and homeless. Send help! 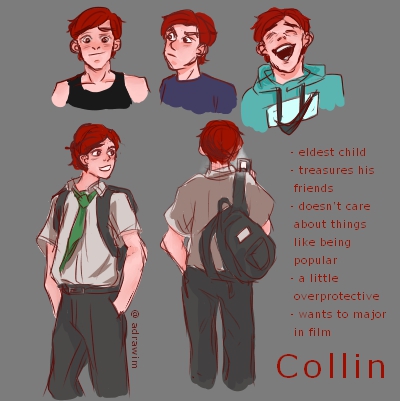 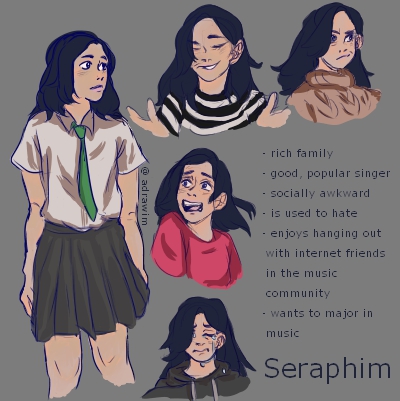 "Victims of lovesickness are generally looked down upon in our current society, and their objects of desire, "wishes" or "desires" as derogatorily called, are in just the same situation. Even though wishes may have not done anything, it's because they didn't do anything that the lovesick fools break their hearts and disappear into stars and dust. The shells of their physical bodies remain, but the patterns from love sickness remains on their skins, an inked reminder of their emotional pain. Survivors from love sickness all say the first symptom to arrive is the pain of the heart, little needles stabbing into the pulsing organ and hammered into place. This stage is temporary, maybe lasting our months, as a crush only lasts about four months. But during this stage, it is almost impossible to tell the difference between normal lovesick fools and fools that have caught the disease. Then from there, it progresses into love, where things get very different. Little bruises appear in places as if someone grabbed your arm too hard or tasted you in pleasure, in places where you want to be felt. Slowly, they form patterns, swirling patterns of stars and heartbreak that spread from the epicenter of the original bruises. By then, the symptoms are very obvious and the victim has two options, confess their feelings and face the outcomes or, an option made available in recent times, receive "treatment" to cut out the memories, but in return, not able to remember the wishes and the feelings for them. Victims are often torn between decisions and societal images that they keep quiet and accidentally hang on for too long, falling into the final stage, a dead-end-love. The final stage, is almost irrevocable, the final piece of their pain inked into their skin. Anyone hanging on until this point has probably lost all hope in life and love that often, they die in their best fineries, dolled up to an inhumanely beauty. Many funerary services have gotten more business because of these dead-end-loves, who order the most beautiful scenes to end their lives in. Their poor heart grows more and more fragile as the disease progresses from the first stage, so at the end, their fragile heart could no longer hold on, and finally "break" inking one final memento onto the heartbroken victim, one right above their heart, completing the broken person."